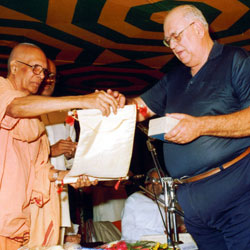 Born in 1924 in a village in North Italy. Often called “ the Gandhi of Sicily”. Opted for a life in an extremely poor town of peasants and fisherman rather than a lucrative architecture’s profession. Followed the method of “grass-roots conscience-raising’ among the villagers. He fasted, courted imprisonment, organized strikes, sit-ins, protest marches. All non violent and peaceful. Took up issues like construction of dams, people’s cooperatives, Government policy on starvation, rehabilitation of unemployed, disease and illiteracy. Fought the Mafia menace and its nexus with bureaucrats and politicians.