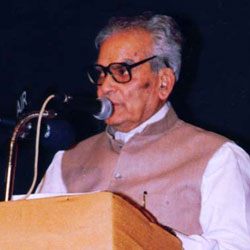 Joined Bharatiya Jana Sangh in 1952. Was member of all the eleven Legislative Assemblies of Rajasthan except the fifth. Was imprisoned for 19 months during the Emergency. Elected Member, Rajya Sabha in 1974-. Became Chief Minister of Rajasthan in 1977. Landmark programmes such as Antyodaya, Food for Work and Apna Gaon Apna Kaam, with focus on poverty alleviation earned recognition in India and abroad. Also persued policies which were socially forward looking with special emphasis on the education and upbringing of girl child, the Scheduled Castes/Scheduled Tribes , minorities, backward communities and physically challenged.Vehemently opposed tradition of Sati. Promoted modernization of Madarasas. Conceptualized and executed the innovative idea of Heritage Hotels and Rural Tourism.

Was Leader of the Opposition from 1980 to 1990. Again became the Chief Minister of Rajasthan for the second and third term. Was elected as the Vice-President of India and ex officio Chairman of Rajya Sabha in 2002. Endeavoured to make the Rajya Sabha as a role model for State Legislatures, Panchayati Raj Institutions and other local bodies.

A collection of speeches "Chintan Aur Avdhaarna" ha been published.