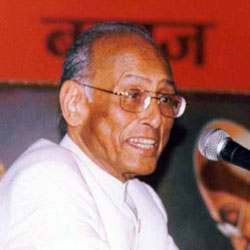 A leading constitutional expert- was associated with and consulted in the drafting of the constitutions of Bangladesh, Nepal and South Africa.

A distinguished parliamentarian as Member of the Lok Sabha from 1962-67 and Rajya Sabha in 1999.

Was High Commissioner for India in the United Kingdom from 1991-97.

Conceived the idea of an annual Pravasi Bharatiya Divas, the event organized by the Indian government each January to engage with its 25 million-diaspora spread across 130 countries.

Recipient of Padma Bhushan in 1998.

Writer of many books such as A Tale of Three Cities, Bharat or Hamara Samay, Jain Temple, Towards Global Togetherness, Democracy and the Rule of the Law, Freedom on trial, Jurisprudence of Non-Violence and a volume of poems in Hindi, "Sandhya ka Suraj".

Founded The Institute of Constitutional and Parliamentary Studies, Centre for Human Rights Education and Training, Centre for the Study of Law and Society, the Federalism Centre, the Centre for the Independence of Judges and Lawyers, Centre for Unity of India (Rashtriya Ekta Dham) and many other organisations.

A noted scholar in Jain history and culture, also a linguist, prolific author, litterateur and a patron of arts.