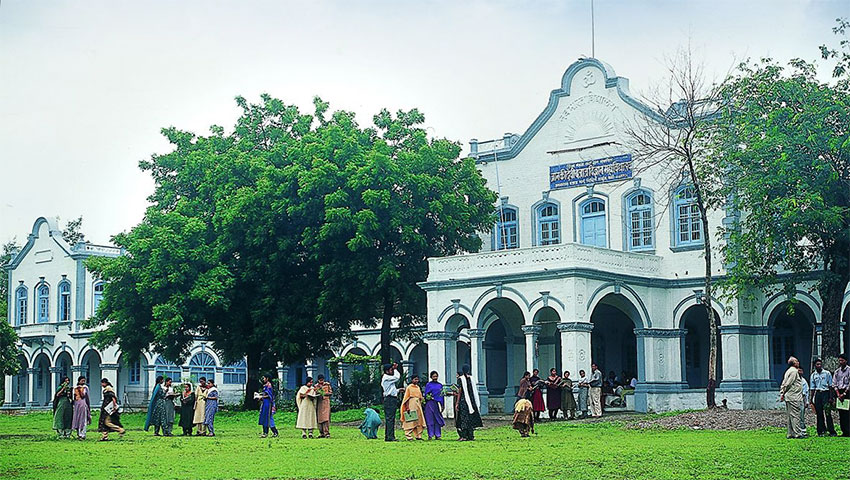 Shiksha Mandal was founded in 1914 by Shri Jamnalal Bajaj and Shri Shrikrishnadas Jajoo - close associates of Mahatma Gandhi. The institution has always exemplified values based, quality education. Since its very inception the Institution was inspired by nationalist thoughts and ideologies.

It has been visited by almost all national leaders of freedom movement, including Gandhiji, Shri Sardar Patel, and many others. Some of its students and faculties were involved in the Quit India movement and because of that for a few months its buildings were seized by the British. In the silver jubilee year, a National Education Conference was organized under the Chairmanship of Mahatma Gandhi, who envisaged, and provided a framework for the new education system for India.

It has been a pioneer in the field of higher education in Central India, with student strength of approximately 10,000 and a faculty of 450. It has produced many eminent alumni including Shri Harish Salve and Shri Nitin Gadkari. In 2015 it received the “Ideal Educational Institution” Award of Nagpur University. Shiksha Mandal is in the process of setting up the Bajaj Institute of Technology at an estimated cost of around Rs. 60 crores.

Shri Shriman Narayan was the first Principal of the Commerce College run by the Mandal. Inspired by Gandhiji, many of the commerce subjects were taught in Hindi for the first time in India.