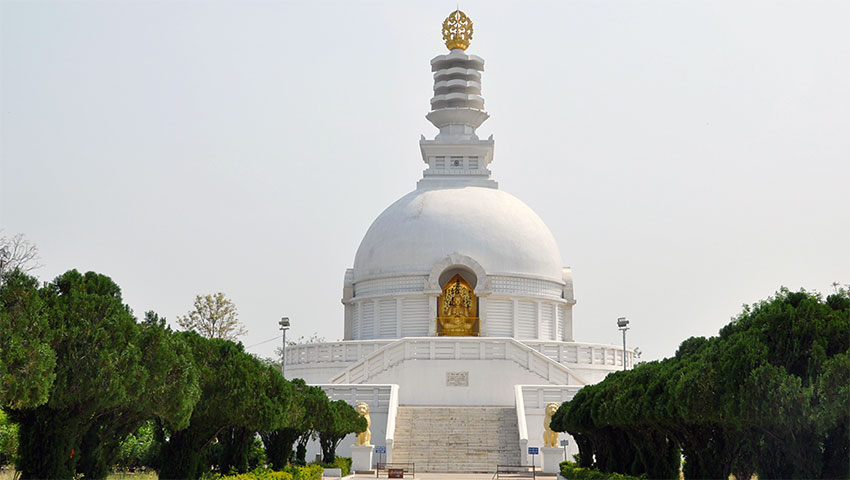 Venerable Nichidatsu Fujii, the founding preceptor of Nipponzan Myohoji, met Gandhiji on 4th October, 1933 at Wardha; who became Gandhiji's passionate admirer. Gandhiji too, who was impressed by Nichidatsu Fujii's clarity of thoughts, vision, his total commitment and dedication to the cause of peace world over; named him Fujii Guruji.

When Fujii Guruji again visited Wardha in 1983, he expressed his wish to build a Vishwa Shanti Stupa in Wardha. A location very close to the Gitai Mandir was selected by Guruji to install the monument. The foundation stone of the Stupa was laid on 21st October, 1989 and was inaugurated on 15th February, 1993 at the hands of Dr. Shankar Dayal Sharma, the then President of India.

Vishwa Shanti Stupa is a large white coloured peace pagoda. Statues of Buddha are installed on the Stupa in four directions. It also has a small Japanese Buddhist temple and a large park in the premises. It is one of about eighty peace pagodas which have been built around the world.